Posted by Jovial Wanderer on January 04, 2012
Two years ago, a friend invited us to join an outreach program which he helped organized. It was in Iriga, Camarines Sur and the project was a collaboration of various mountaineering clubs in Luzon. I had never toured Cam Sur before, so despite having stitches on my left leg from a rock climbing accident the previous week, I  agreed to go.

Aside from distributing school supplies and a tree-planting activity, part of the program was a day hike up an old volcano - Mt. Asog. Yay!

On the second day, a huge dump truck picked us up from our  campsite located at one of Iriga's popular landmarks, the Tinagba Park, which was also named after an old Bicol Thanksgiving ritual. We traveled to the jump-off, an army detachment at Sitio Illian, Brgy. San Nicolas.  It was an adventure to get there. Aside from trying to balance ourselves  because there were no seats inside the truck, it lost its  breaks a few meters from where we were supposed to get off and everyone had to jump out. Fortunately, no one was harmed.

Tuloy ang akyat!  (On with the climb!) 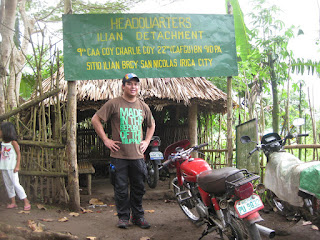 It rained heavily and in no time, I was smeared with mud everywhere! At one point, my face and teeth had accumulated so much dirt that everyone thought I fell over the mountain. The group had a good laugh over it. :P

We were able to reach an area where we could see the towns below. 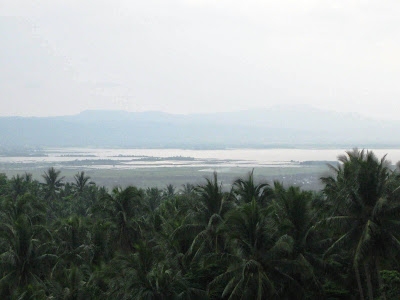 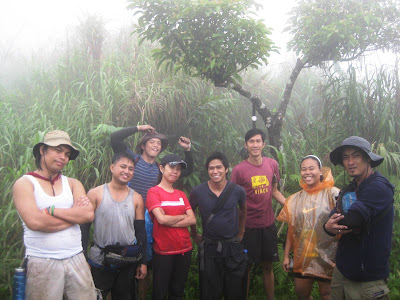 The view at one of its peaks  was supposed to be spectacular. On a clear day, one can see Mt. Mayon and the province of Catanduanes. Unfortunately, all of it was devoured by the fog as shown in photo below (Believe me, that's a summit shot :P). My friend was able to reach the peak while I had to stop walking a few meters away. My stitches began to hurt and I needed to rest to have enough strength to get down. It reminded me again of what was taught to us during a Basic Mountaineering Course conducted by the First Philippine Everest Team - "Reaching the summit is optional but going down is mandatory.". 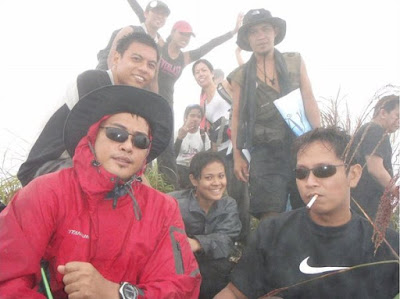 A regular day hike would take four hours to get to the summit and perhaps twice as less to get down. I don't remember how many hours it took us but it was already dark when everyone got back to our pick-up point. We were all hungry!

A climb in Mt. Asog can be combined with a side trip to Lake Buhi where Sinarapan, the world's smallest commercially harvested fish can be found. Mt. Isarog, a taller mountain which has two known jump-offs - Brgy. Panicuason and Consocep Base camp in Tigaon,   is also located within the province.

Interested to climb Mt. Asog? An itinerary can be found here - Mt. Asog.