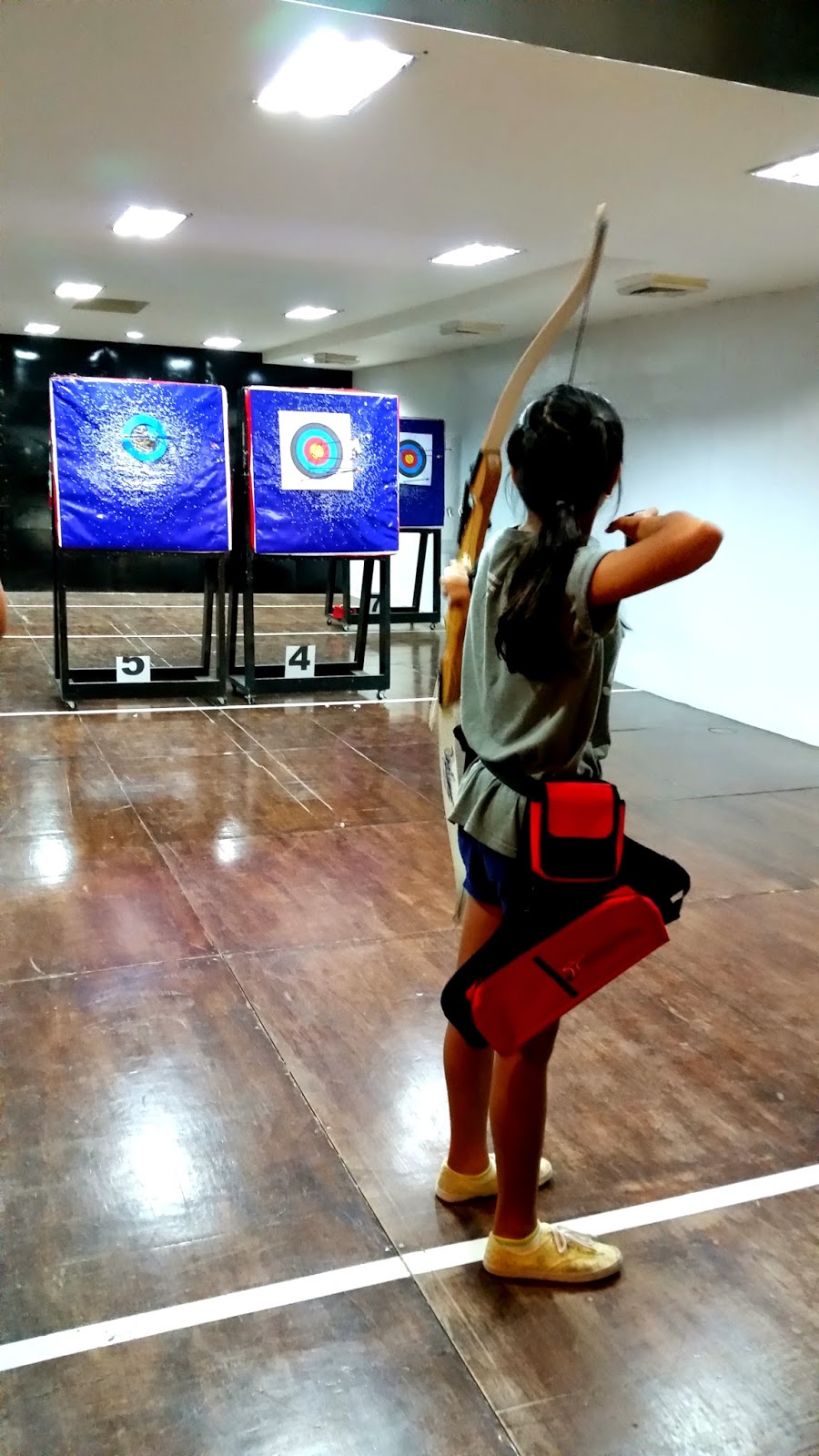 I’ve been wanting to try archery ever since I saw the Philippine Archery team in Philsports Arena where I used to go for a morning run. The team had started setting up just as I was finishing my last round on the track. It was a quiet scene, no balls being kicked around, no coaches yelling what to do and no loud banters. They raised their bow quietly, maintained their focus and hit the target. As someone who spent their adolescent years playing in a football team where yelling was mandatory as field was enormous, it was appealing. I supposed I’m just being human, drawn to what's different. :P
The accessibility of archery ranges in the city was a struggle for anyone who’s interested to try this sport. I didn’t even know any archers back then. Fortunately - and you’re even luckier if you live near Makati, there’s Kodanda Archery Range at Makati Cinema Square.

Opened in July 2013, this 7-lane, fully air-conditioned facility inside a mall gives everyone who's at least 7 years old and above a chance to try out archery. The rate of 550 Pesos/hour is inclusive of international-standard equipment, protective gear and basic coaching from expert instructors. You need to pay an additional Php30.00 for the target paper though which you can bring home after, so it sums up to 580 Pesos which is still cheaper compared to other ranges in the city. There is no membership required which is great if you just want to try it at least once. (Php 200.00 is the range rental per person, per hour if you your own gear.)

Group packages up to 15 people are also available which would be a good bonding activity for peers or families.

I had no idea how I'd fair with archery but I've always wanted to try it so I eagerly accepted Kodanda's invite. After a short lesson on how to use the bow, release arrows, proper form,  I was shooting like I was hunting for food. :P There's something addicting about focusing on that yellow target and releasing arrows. It feels therapeutic. :)
Fun Facts!

What to Wear?
Rubber shoes or a footwear with a good grip is a must. Slippers not allowed. You don't want to slip on the floor in the middle of shooting an arrow. :P Wear something comfortable. remember, you will be raising one of your elbows most of the time.

Keep in Mind :
Archery requires focus so avoid disruptive noise.   Do not talk in a loud voice while others are shooting.  Do not talk to another archer who prefers to be silent.  Do not disturb people with loud mobile phone ringtones or speaking on the phone.