Posted by Jovial Wanderer on October 10, 2017
Every September, Tawi-Tawi celebrates Kamahardikaan, its anniversary as a province. Held on the same week is Agal-Agal Festival, which highlights the province's top product, agal-agal, the local word for seaweed. On its 44th year,  the municipality of Languyan played host, about an hour away by speedboat from Bongao, the provincial capital. This being my first visit to Tawi-Tawi, I was very excited and didn't mind the arduous travel to get here, about 15 hours of air, land and sea travel from Manila!
Together with fellow bloggers and traditional media from Mindanao, we covered various activities during the five day celebration,  showcasing the culture & history of the  Sama, Badjao, Jama Mapun and Tausug, the four major indigenous groups in Tawi-Tawi.

One of the festival's highlights was the parade and the street dancing competition. This year, it was participated by 9 of the 11 municipalities of the province with each contender presenting a glimpse of their traditions through dance, music and their costumes. Having limited knowledge on traditional dances, my level of appreciation was at a basic level - how I felt while watching the performances. Most of the performances were engaging and I was in awe after witnessing the pangalay for the first time. Pangalay is a traditional dance by the Tausug in the Sulu Archipelago and Sabah (Malaysia). Characterized by graceful movements of the fingers, elbows, shoulders and wrists, it resembles a form of martial arts in the Malay archipelago (Source : EDC Dance Company)

One of my companions who studied pangalay,Travel Trilogy,  did a better job of explaining their performances. Check out his post here.

Here's a snippet of Sapa-Sapa's performance at the 44th Agal-Agal Festival.

Next year's Kamahardikaan & Agal-Agal Festival will be in Sitangkai. About 6 hours from Bongao by boat, it is famous for its stilt houses and a community surrounding a canal, somehow reminiscent to the popular waterway  in Venice, Italy. 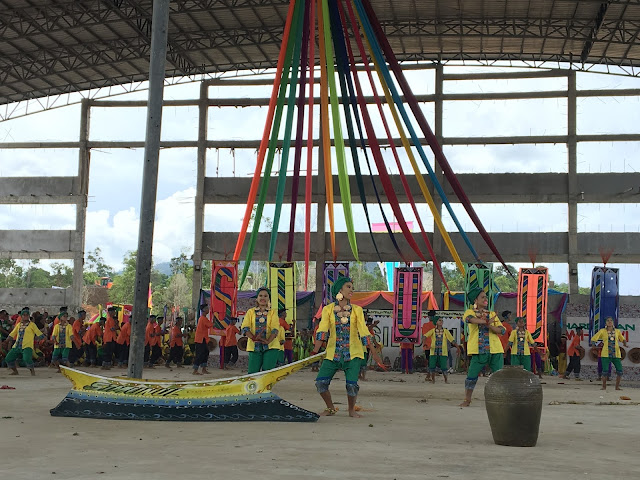 Tawi-Tawi boasts of  beautiful mosques,  white sand beaches, peace-loving, kind people and good coffee.  Unfortunately, its reputation is marred by reports of kidnapping and the stigma of  being part of ARMM (Autonomous Region of Muslim Mindanao), a section of southern the Philippines with a long history of conflict. It is also included in a Travel advisory for US Citizens (read here).  The local government wishes to change that. To travel  to Tawi-Tawi safely, please get in touch with the following :
Provincial Tourism Office of Tawi-Tawi
Mr. Mobin Gampal (PTO Officer)
Contact number: +63 977 230 9061
Email Address: pto_tawitawi@yahoo.com
Facebook Page : PTO Tawi-Tawi
Facebook Page : Department of Tourism - ARMM

NOTE : This trip was made possible by the Department of Tourism - ARMM (Autonomous Region of Muslim Mindanao) headed by Secretary Ayesha Dilangalen. Thanks again for bringing us here, it's a dream come true!