Posted by Jovial Wanderer on June 10, 2018
With numerous mountain trails offering dramatic views, the province of Rizal is a  convenient option for Manila-based hikers looking for a one day adventure. Hikers can decide on a whim and plan a hike in minutes just by doing a quick Google search, just like we did.
Joined by blogger friends, Ferdz (Ironwulf.net) and Marky (Nomadic Experiences), I returned to  Brgy. Daraitan, in the municipality of Tanay to visit a smaller peak, Mt. Mamara. Sharing the same starting point as Mt. Daraitan, the more popular peak, it was opened as an alternate hiking destination when Mt. Daraitan reaches its maximum visitors of 300/day.

While Mt. Mamara has a shorter trail than Mt. Daraitan and considerably much easier, taking less than two hours to reach its peak, the views are just as rewarding. A free standing mountain in the middle of a beautiful landscape, it serves as an excellent vantage point for Tinipak river and the mountains around it.
It was already late in the morning when we reached the jump-off, around past 9AM but being foodies, we were lured by signages of "lomi", a thick noodle soup usually found in Batangas. Stopping at a sari-sari store, we enjoyed a second breakfast.

It was already very humid when we began our hike, passing a wide open trail along Tinipak river. Fortunately, it only took about 30 minutes to get to the mountain's entrance where we were shielded by trees. Our chatty guide then dropped an interesting trivia. The mountain's name was derived from the word, "maramara", which means windy.  True enough, we began to feel some breeze, providing comfort to a hot hike.
While I won't say the trail is a walk in the park, its length is short and on the challenging sections, there are tree trunks & roots to hold on to.On our way up, we stopped several times to marvel at insects and plants. We really just took it slow, enjoying the scenery that we don't often see. In less than 2 hours, we reached its summit.  Our guide shared another cool trivia, the mountain itself is in Siniloan, Laguna with an access via Rizal. We just crossed another province!

At a height of approximately 387 MASL, the scenery is impressive - jagged rock formations with a backdrop of Tinipak river and nearby mountains -  close enough that you can see the outline of a sea of trees. Going down, we traversed to another section of the mountain, exiting the side of Tinipak river, toward its infamous rock formations - smooth, white boulders by the river. 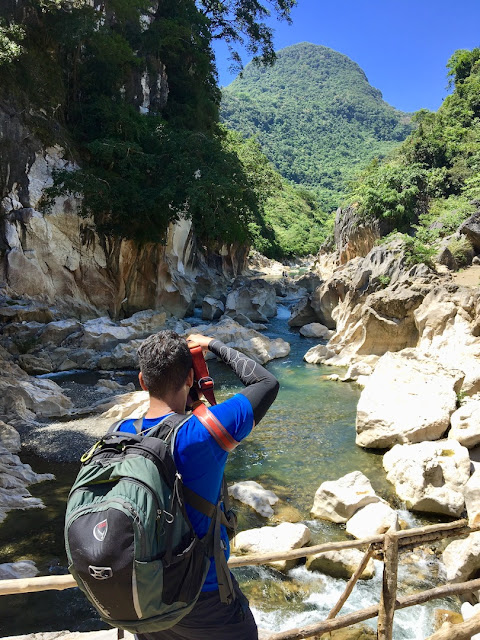 The river's water is so clear, you can see your feet under. It's a refreshing sidetrip after a hot hike and worthwhile even as a main destination. 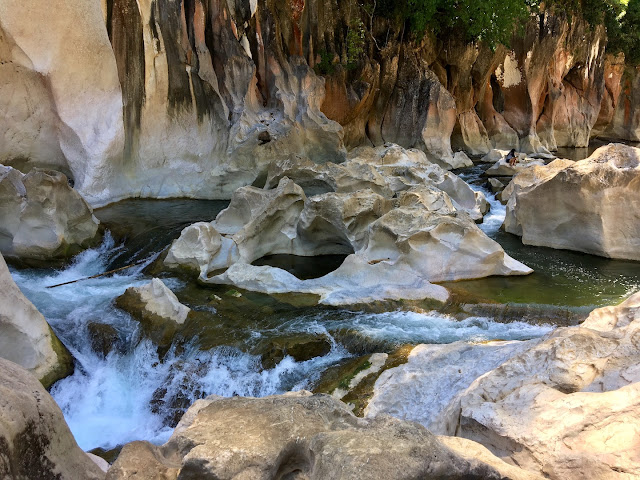 Going back to the jump-off, we stopped for a late lunch in another barangay and we were surprised to find out that we were already in General Nakar, Quezon, our third province for the day.  Even more surprising were the fees we had to pay just to pass this area. Going here, we had paid just to cross the wooden foot bridge (about 5-10 Pesos/head). The fees are minimal but from a traveler's perspective, it would be more convenient if both provinces could align their efforts and just have visitors pay a fee that covers everything.

From General Nakar, we continued to a trail beside the river where we took a tricycle back to Barangay Daraitain, stopping for a few minutes to shower at Manalo's place.

Though hiking requires physical effort, it's emotionally refreshing and there's nothing else that gives the same feeling as spending time with nature. It's even better when you're with friends or family! :)