A Lonely Evening in KL

Posted by Jovial Wanderer on February 27, 2010
July 2009
It was my first time alone after months of having friends to travel with. I flew to Kuala Lumpur primarily to watch a Manchester United exhibition match  and visit some good friends in Singapore the day after the game. Understandably, very few people can comprehend my need to travel to KL just so I can watch a football game. Manchester United is one of the most popular football teams in the world and who knows when I can get another chance to see them that close?  I knew not a lot of people in my circle would willingly go so off I went on my solitary journey.

I stayed in a backpacker's hostel near the Pasar Seni train station. The place is called Matahari Lodge and I highly recommend it to people who want a nice, cheap place to stay in Kuala Lumpur. It's near Chinatown, ATM's, money changer, the Central Market, a reggae bar. The location is unbelievable and the staff are super nice!

I booked it via HostelWorld. I adore that site. It shows you the cheap hostels in various countries - complete with reviews and directions. They also give you a free brochure in a PDF file.

I didn't get a chance to roam around that much while in KL as I spent more time in another city (Putrajaya)which is nearer Bukit Jalil stadium where I watched the Manchester United game. I was also low on money so I just walked near the vicinity of the hostel on my first night.

I ate noodle chips for snack which I bought before my trip and totally skipped dinner to save money. I had no one to talk to and my room, though very clean and comfortable - had no windows, so I was feeling a little down when I walked out of the hostel.

I bought distilled water from the nearby 7 Eleven and started wandering around the warm Kuala Lumpur night. I suddenly felt more cheerful because everything was unfamiliar. I ended up in Petaling Street - famous for its bargain finds - which was a bit of a torture because I couldn't buy anything. My consolations was - I ran into a Cristiano Ronaldo look-alike. You should have seen my face! My eyes bulged, my world stopped. My first thoughts were, "He came for me!" , then reality began to hit me. Cristiano just transferred to Real Madrid and there's just no way he's in KL right now. The Cristiano look alike was also with his mom and dad. If he was alone, I would have talked to him but he was with his group and I felt so shy.

God truly does answer prayers. That night, before I stepped out of the hostel, I prayed for help because I I felt afraid that the money I had wasn't enough to last me for a couple of more days. I was also flying to Singapore the day after the match. The Cristiano Ronaldo look-alike sighting felt like a sign - God's way of telling me that I was going to be okay.

I slept soundly that night. 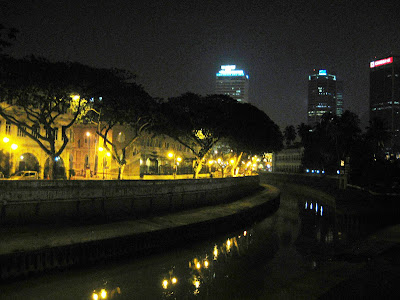 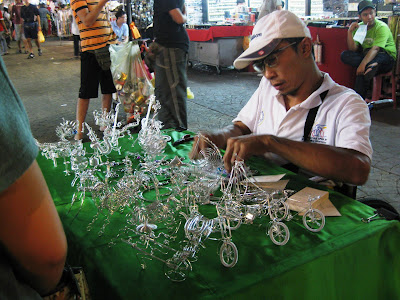 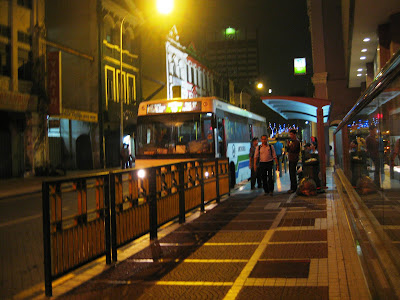