A Realization Along the Road

Posted by Jovial Wanderer on March 30, 2011
Inside an ordinary bus from Sagada to Baguio, my seatmate was a dude traveling with friends. He looked like one of those photography enthusiasts clad in dark apparel with a DSLR slung over his shoulders.
Upon reaching the area in Benguet that had breathtaking, curse-inducing views, I noticed my seatmate practically rocking from his seat. I knew that gesture. He was dying to take pictures but couldn’t because I had the seat next to the window. None of the passengers had opened theirs because of the chilly air.
I waited for him to ask if he could trade places with me so he could take photos but I sensed that he was shy. I wasn’t planning on initiating a talk but when I felt he was close to convulsing, I finally asked him. He said if I could just open the window, he could just take pictures from his seat. When I opened it, cold air burst inside the bus and I immediately shivered. 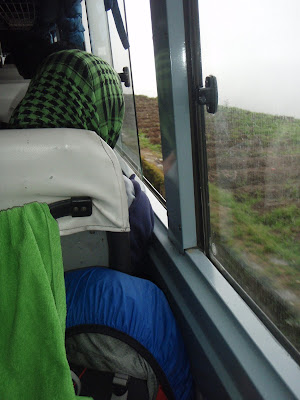 The views of the mountain were amazing and I couldn’t resist taking shots for my personal collection. He and I clicked away. The mountains and clouds were gorgeous! 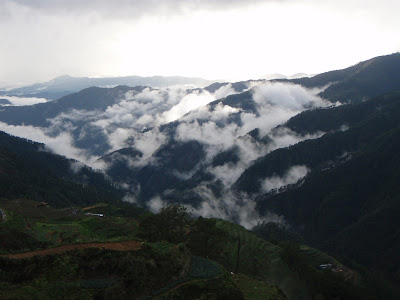 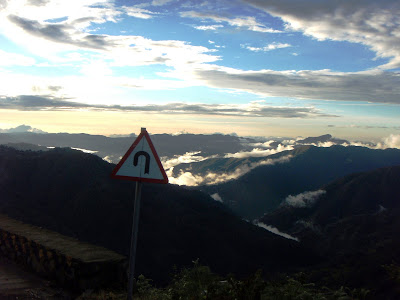 I closed the window and every time I see a view that I thought deserved to be photographed, I would open the window for him and let my face freeze for a couple of seconds as he leaned on me to take pictures. Even if he was encroaching my space, I understood. it. I’ve always believed in the pursuit of one’s passion. If I was into something, I would reach for the stars for a chance to do it – over and over again. So if there’s anyone who would understand the need to go out of the comfort zone to follow a passion, that would be me.
The bus finally rolled to it garage in Baguio, our jump-off for another hiking adventure. When we finally grabbed our bags and was about to part ways, I gave him a friendly smile which he timidly acknowledged.
I’ve always been a bit self-centered (in a wholesome way, if there’s such a thing) but that experience made me realized that I have changed. I was now willing to share, even if it meant being uncomfortable for a while, for other people's sake, as long as it doesn’t harm me or anyone.
Backpacking Baguio