Posted by Jovial Wanderer on September 25, 2011
The streets of Binondo can be confusing and disorderly for some, but these characteristics, along with  the promise of delicious Chinese cuisine, make it a  "must visit" for adventurous foodies.
Being passionate about dumplings, I was especially ecstatic to dedicate a couple of hours of walking and eating around Binondo.
Our meeting place was the Basilica Minore de San Lorenzo Ruiz (commonly known as Binondo Church). For a moment, I felt disoriented as I made my way to the front entrance. I was confused with the streets, the vehicles and the people.  I immediately saw Jacq & Vivi, followed by Ryan, Marky and Blessie. Incidentally, Ryan who was just invited by his former friend from school to join us, grew up and currently lives in Binondo and would be able to guide us around! Yay! Answered prayer! I did pray for that inside Binondo Church because I do not know my way around Binondo and neither did almost everyone in our group. As the rest were running late, we decided to start our adventure.
Headed by Ryan, we made our way a few blocks from the church to Ongpin. Our first stop was Tasty Dumplings. At this point, I still took notes on what we ate. Here we had winter melon juice (which sounds so interesting so we all ordered that), Kuchay dumplings and Tsay Mah Pao (little steamed buns) and their famous pork chop.  Much as I wanted to order a full meal, I had to restrain myself because it was just our first stop. No dish jumped out except for the pork chop. It was really good even if I don't like unprocessed beef and pork. The Winter Melon juice was worth a try because it sounds exotic. 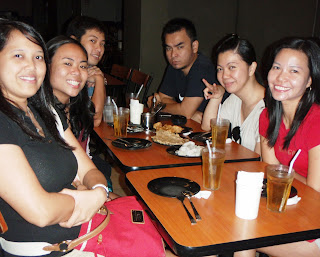 After that, we decided to buy treats at the Ho-Land Bakery which is at Nueva Street (formerly Yuchengco). Here you can purchase hopia, candies, tofu chips (really good!) and other delicacies. Then we hopped on to Sincerity Cafe & Restaurant, which is located on the same block and is famous for its fried chicken and oyster cake.  As first-timers,  that's what we ordered, plus a serving of Kikiam, which is very different from what we normally see from the street vendors around the Philippines. It's fried pork. This time, I skipped the pork but the chicken and oyster cake were a delight to eat! I'd love to go back here and eat more. 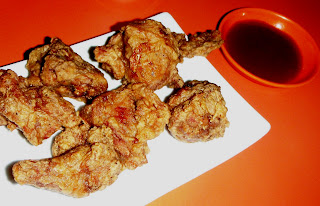 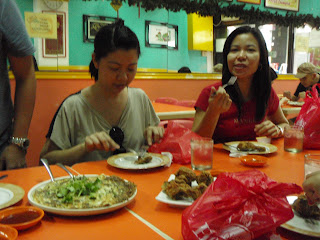 The rest of the group arrived and we became livelier! I was glad our former outdoor club president decided to join. Woot woot!

After our meal, we  headed over to Star Fastfood in Ongpin Street. It offers the controversial Soup #5 which is a broth of cow testicles. We ordered a small bowl just to know what it tastes like. The soup was a bit sticky and the testicles were goey. The testicles weren't bad at all. They taste fine, just don't stare at it and shut down your imagination for a while. :P 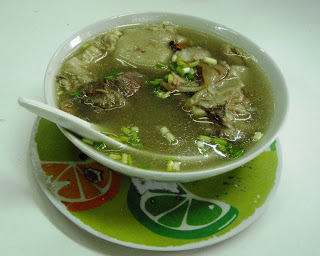 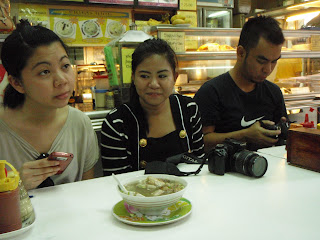 We proceeded to Eng Bee Tin where you can purchase their famous hopia and other treats like almond cake,  mochi and more. A staff offered free taste so of course, we tried that! It was good but I'm not a fan of hopia so I just bought some for mom and sis and some mochi for my friend who was treating me to dinner that evening. Haha! It was an intestinally busy day for me! 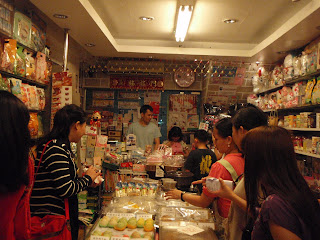 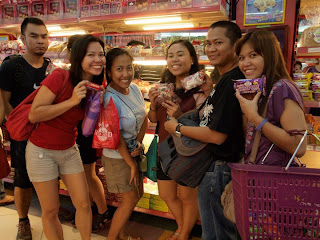 We craved for Milk tea so we went to Wai Ying, which is also favorite place of mine. I could not resist but order fried rice to go with the dumplings. We also got radish cake, hacao, currey beef siomai, beancurd dumpling and of course, Nai Cha! I actually felt like I could eat more dumplings but once again, restrained myself because frog legs were next in our itinerary! 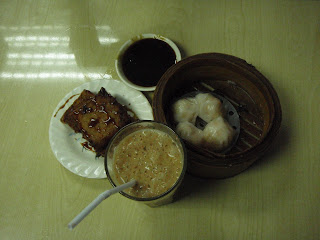 Few blocks away is Estero Food Alley which is a block lined up with food stalls. We stopped at the first stall and ordered a platter of frog legs and  calamares. At this point, I began to feel really full!
I ate 1-2 pieces of frog legs and I was done for the afternoon. It tasted like chicken but very bony. A part always sticks inside my teeth so it wasn't easy to eat. Here, we had a lot of fun teasing each other with the frog legs. We were not able to finish the plate but we all walked away with happy smiles. 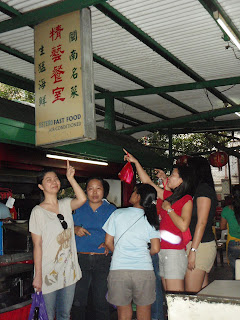 Our last stop was Salazar Bakery which is an air-conditioned bakery. They have several branches around Manila and while everything inside looked enticing, I could not bring myself to grab something. I was so full!
It was our final stop and it close to getting dark when we separated for the day.  Ryan, our ever patient guide  - free of charge, photographer and human calculator informed us that we still missed a lot so we have to do this again. Hopefully, in the next installment, we will have more foodies along!

This is a highly recommended trip to anyone who loves Chinese food, don't mind walking and navigating their way around busy streets. Budget would pretty much depend on how much you can eat but you can bring 100 pesos and fill yourself up with fried siopao (which we missed) or try other street foods. Bring a group so you can try a lot and share the expenses. 500 pesos should be able to fill you up.
If you don't know anyone from the area, you can check out these sources or better yet, join Ivan Man Dy's tour.:
The Creative Dork
Spot.Ph - Ivan Man Dy's 10 Must Visit Streets in Binondo

Special thanks to Alvin Wong and Ryan Ty for their help on this!


Manila Foodies, thank you for the amazing time, 'til our next foodieventure!
Binondo Manila