Posted by Jovial Wanderer on February 17, 2012
Why do I do this?! It was the nth time I had asked that to myself, being someone who's into spontaneous and sometimes bizarre adventures. The rest of the group run ahead of me by several meters and I lagged behind like a struggling little puppy trying to keep up with its long-legged master who's training for the Ironman.

I sweat, my belly jiggled frivolously inside my shirt and my breath came at patchy intervals. I looked behind with my head towards the horizon and realized that it was worth it. Views of Makati and Ortigas can be seen from where I stopped. On ordinary days, these buildings up close are far from magnificent. From a huge distance, they are minute and the smog surrounding its area turns the scene into a surreal vision, like a lost paradise.

It was a Saturday morning, supposedly an ideal day for lounging and doing nothing but I woke up before sunrise to join a friend and several new found, very fit friends from a running circle. 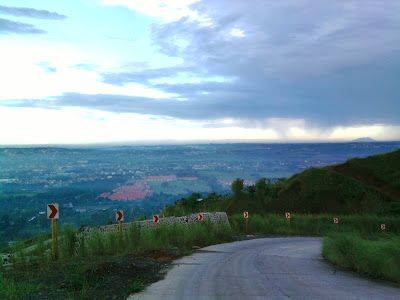 We were approaching the steepest part of the road popularly known as the shotgun trail (origin of its name, I am not certain). This area is in San Mateo, Rizal, which sounds quite remote for someone who doesn't really go around the city that much. My runner friend has fallen in love with the place, frequently talked about it as if it was heaven, less than an hour outside of Quezon City. Naturally, I got curious and when she mentioned that there's also a great place for breakfast near the area, the unstoppable foodie in me had vowed to run several kilometers on a perfectly sunny weekend just to get there.

The amazing thing about steep trails is that at the very top, you are rewarded with sceneries that makes up for all that lost body fluids. 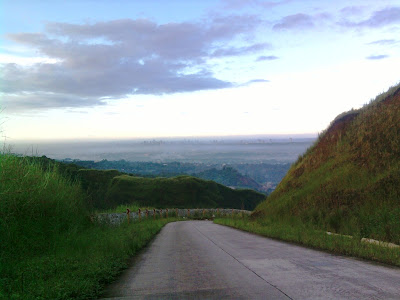 From the unforgiving, "uphell", cemented road, we approached the terrains I am so accustomed to - uneven and slightly muddy. This part, I really loved. 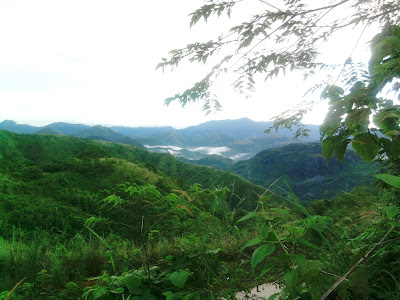 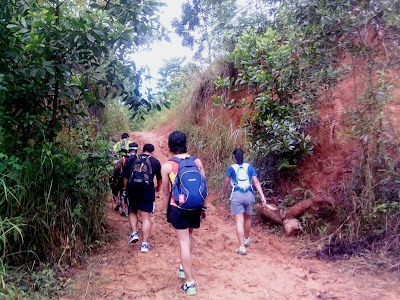 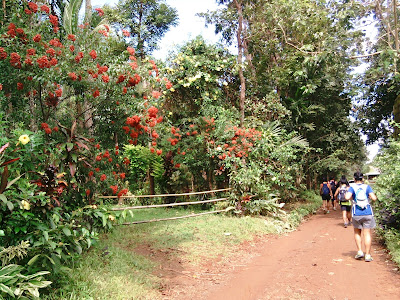 Two hours after, came the best part and the major reason I agreed to go - meal at The Breakfast Club.

How can I not run several kilometers with promises of a wonderfully made SPAMSILOG and a glass of ice cold Gatorade?! 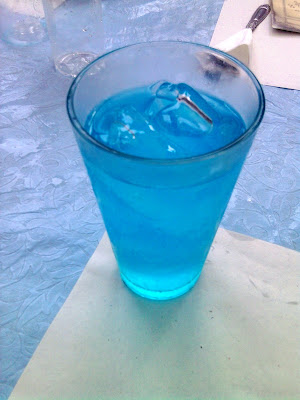 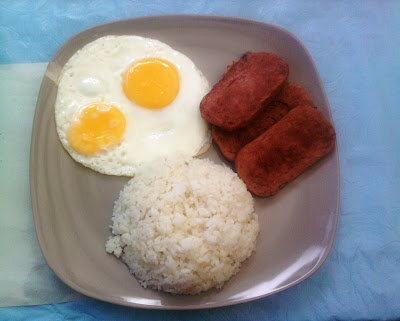 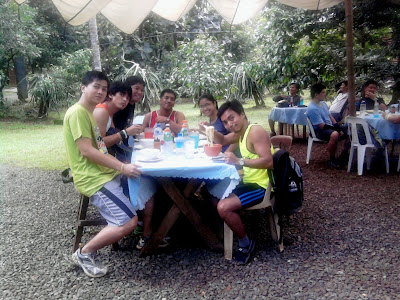 The most exigent thing about the experience was we had to walk back to our friend's car exiting via Timberland Heights, which felt like forever under the heat of the sun. :(

We stretched and recharged with cold drinks after the exhausting run. Surge of body pains has started but as with previous physical trysts, the views and the hyperactive company I was with were worth it. 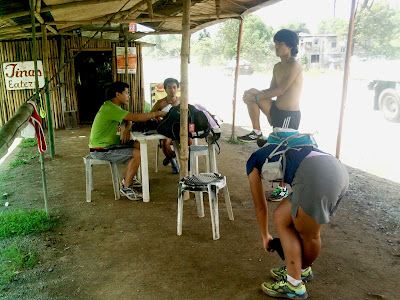