Posted by Jovial Wanderer on November 24, 2008
On my 7th day of wandering around the Philippines, I joined my friends, Glee and Laurence on their trip up north.  I had just flown in from Cebu that day. We boarded the 9:30 PM pink Florida bus from Manila that goes straight to the municipality of Pagudpud. The one way ticket costs 550 pesos (You can purchase tickets in advance). The terminal is right before UST if you’re coming from Quiapo.

The bus had comfortable seats, good air-conditioning and a restroom that was pretty challenging to use while the bus is in motion. I had fun utilizing it though, it presented an opportunity to test the endurance of my knees. After that, I made sure I peed at every restroom stop.

For some reason, what was supposed to be a 10 hour ride became 12 hours. Upon reaching the Pagudpud town proper, (without eating breakfast since we were on a tight budget) we immediately hired a tricycle for a day tour.  The driver's name is Kuya Ramon. He's such an amiable guy, the epitome of the famous catchphrase - “basta driver, sweet lover” - never complains, not abusive and always seem to be smiling. (Contact Details – 0909-6745778). He also assisted us to  hunt for a homestay near Blue Lagoon to spend the night. We finally found one which was far from the resorts which was  great because the surrounding area was quiet.

Since it was off season, we were able to negotiate an overnight stay for 500 Pesos which we split among us. The room was just outside their house and had 2 single beds. The makeshift bathroom had mountains as a backdraft and since the walls were a bit low, you can stare at the mountains while you do your thing.

After freshening up, we started with the tour.

We skipped the Kabigan falls since we had to pay for a guide and an entrance fee while all the rest of the destinations were free to enjoy. Our second to the last stop was Bantay Abot cave which was my favorite among the 6.


Dark clouds and strong winds welcomed our trio as we descended the stone steps of Bantay Abot cave. Threatening our safety was the violent crashing of the waves against the boulders on the shore. None of us tried to venture farther due to fear for dear life. We took a lot of time though taking in the view. It was one of those moments in my 8-day trip that had me saying wow over and over even if the weather was a bit stormy. 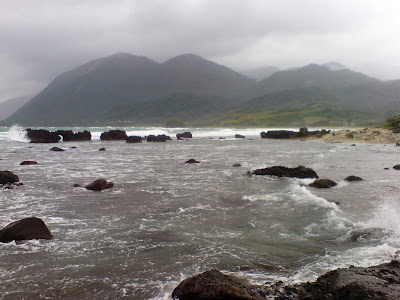 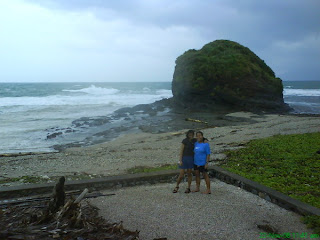 When it was time for lunch, we headed back to our room to cook. After eating, my friends decided they wanted to do the Southbound tour as well and they agreed to pay for the entire thing. Yipee!

The cost was also 600 Pesos and while there were only 3 destinations on it, the locations of which were a bit far from the town proper.
We went to the following :
1. Bangui Windmills - I felt like a dwarf here. The windmills were enormous!
2. Kapurpurawan White Rock Formation - I felt like being I was in another world
3. Cape Bojeador Lighthouse - it had a rustic appeal. We had a nice chat with the caretaker here. We even went to the tower which got me clinging to a post because I'm acrophobic. 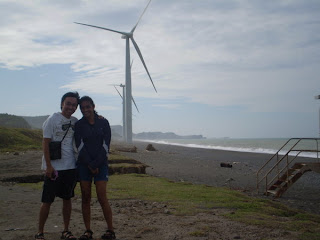 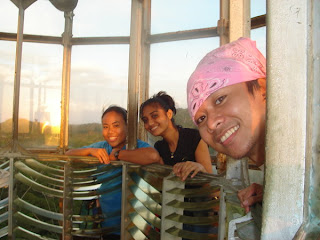 It was dark when we got back to our room.

The following morning, we walked around Blue Lagoon and up to the area near the resorts. The weather had not improved and we couldn't swim because it was so cold and the waves were huge so we just took in the view.  I love it here. 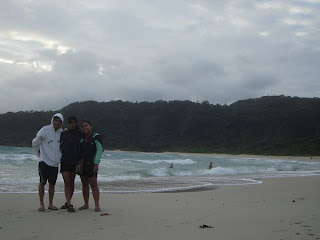 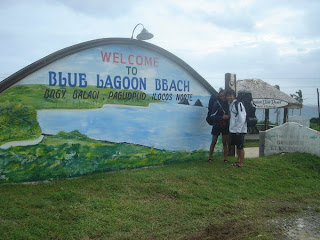 After our lovely walk, it was time to pack again. Our next stop was Paoay Church which is part of the UNESCO World Heritage list.  I've been dying to see it for quite some time and I was so excited to get there!
*Some pictures are from my friends Glee and Ren.

This post is part of my 8-day birthday backpacking trip from Mindanao to Luzon. Click on Part 6 to continue reading about my adventure in Ilocos Norte!