Posted by Jovial Wanderer on November 26, 2008
One of my dreams was to see the San Augustine church or  commonly known as Paoay church. I might have seen it on t.v. or read about it somewhere.  It's one of the four baroque churches that can be found in the Philippines and is part of the UNESCO World Heritage list. There was something so enigmatic about it. I knew I had to see it at the soonest possible time.


I was finally able to see it when I went backpacking with two other friends.


You know what I felt when I saw it for the very first time?
My jaws dropped wide open. I smiled instantly, I kept uttering the words wow. I couldn’t believe I was finally seeing what I’ve been dying to see.
It was magical. The enormous and breathtaking Paoay church loomed in front of me and I felt like what Alice did when she stepped into wonderland. I know it may not have the same effect for some, but I don't know,  I am just so drawn to it. 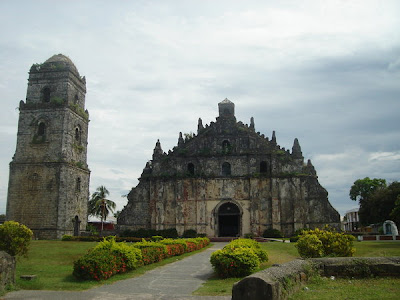 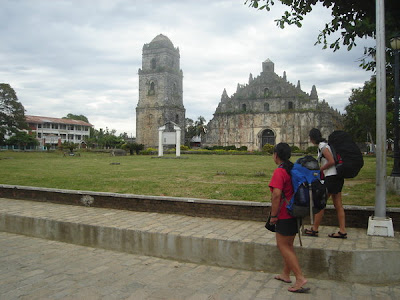 Fortunately, the church doors were open and we went inside to say our prayers. I was so thankful to God for giving me the opportunity to be there. Once we reached the doors that led to the front of the church, we didn’t waste any time to take photos as souvenirs. We met a warm friendly guy named Walter who generously offered to take our pictures and provided some helpful information what else to see in Paoay.


After saying our prayers inside the church, we ate lunch at Herencia Café which served the famous pinakbet pizza which I’ve been dying to try since the first time I saw it featured in the Living Asia channel.The pinakbet pizza was worth the trip! It was so so good! It only costs 350 pesos for the entire thing – no other sizes available though, and you can even request for a half-half order (which would cost you additional 100 pesos). 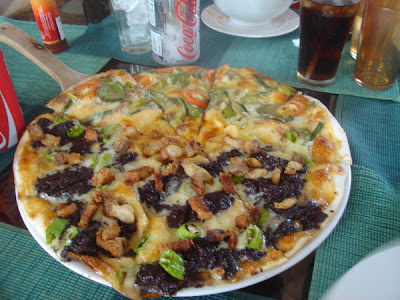 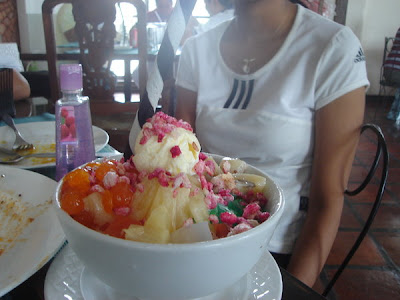 What we did was order pinakbet pizza on one side and dinuguan pizza on the other. I would go back to Paoay and travel 10 hours and back again just for the pizza and the rest of the food at Herencia Cafe. ( I won't ride a plane so I could save and spend it on food..hehe) I tried what Glee and Laurence ordered – the Vigan pasta and it was so yummy even if it had a lot of meat! I also went for a serving of miki – which was swimming in hot soup. I’m not that into soup but I almost finished the entire bowl because it was also so good. The café is situated right across the front part of the Paoay church and hard to miss.


The hearty lunch was such a great way to cap off a visit to a wonderful place. 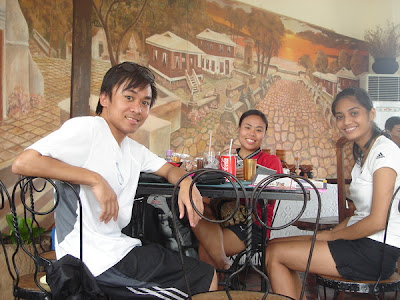 *Photos courtesy of Glee and Ren. Thanks guys!
This post is part of my 8-day birthday backpacking trip from Mindanao to Luzon. Click on Part 7 for the finale of my trip!

PART 3 – Hiking in Bukidnon
PART 4 –Bouncing and Bonding in Cebu
PART 5 – Third Wheeling Up Northern Luzon
PART 6 -  A Day in Wonderland - Paoay, Ilocos Norte
PART 7 - Malacañang of the North and the Journey Back Home