Posted by Jovial Wanderer on January 17, 2010
Though me and my friends have been doing some trail runs on our own, it was the first time we attended an organized activity with real trail runners here in the Philippines. My first ever trail run experience was in last year’s climbathon in Malaysia which we joined with not enough preparation and a delusional goal – to reach the summit.
The Kinabalu Climbathon is dubbed as the toughest mountain race in the world. I’m not even into running that much. I run to keep fit and because of football which I rarely get to play these days. We joined the race for fun, banked by sheer guts and determination. It did worked a little, we got back with no injury but it was not enough to take us to the summit. I was still proud of my performance though. I got as far as Laban Rata which was 2.72km away from the summit.  Just don't ask me how long it took me to go down. Hehehe! The cut-off time to get to the summit was 3 hours and 30 minutes, then another 3 hours to go down. I got to Laban Rata in approximately four hours!   Instead of feeling discouraged, we vowed to return this year in Kota Kinabalu and finish the race.
Part of our 11-month preparation is to train on our own and join activities such as this. This run was organized by Salomon, a French mountain sports brand distributed by the Primer Group of Companies. This was in cooperation with the members of the Philippine Skyrunning Association (PSA). Skyrunning is basically running in mountains with a height of 2000 meters above sea level or more like Mt. Pulag or Mt. Apo. Part of skyrunning training is doing some mountain or trail runs.
Registration for this promotional activity was free which was pretty amazing! My friend just found out about it while surfing the net. Except for food, we didn’t spend on anything else and even got Salomon, Goody and Burlington freebies. (Thanks guys!)
It was my first time in this particular Rizal side of Sierra Madre (forgot the exact name of the jump-off). This massive mountain range goes from Cagayan Valley to Quezon. Me and two other friends were grouped with the not so fast runners. The other group were the fast runners – really agile and strong runners. I started strong and even managed to take a video while running. Then in about less than an hour, my energy got depleted and I could barely run. The rest of the group zoomed by me. I met with my friend Jeff along the trail who was having issues with his knees. Along the way, we had to cross several rivers and small communities with friendly people. We reached the turn-around point by merely walking. Hehehe! It wasn’t bad as the views were amazing – mountains and ravines on both sides. The total distance of our run was 13km. I’ve climbed mountains which were farther than this but this was the first time I doubted myself if I could go back without collapsing. It was during those moments where I asked myself for the nth time why I get myself into these things. Good thing Jules and two new acquaintances were there to provide moral support and lots of entertaining stories. Despite the severe exhaustion, I had a great time going back. It was nice to just walk and talk.
Mountain running was more grueling than climbing. It provides you with a lot of challenges such as maintaining your level of fitness, training regulary, using the right techniques to maintain your balance and more. It also gives you a fresh perspective on climbing. It’s quite exigent,  which is why I feel drawn to it. Though I’m more into leisure hikes, I want to pursue this sport and achieve the level of fitness I’ve seen from the majority of the participants. They are so inspiring. Almost everyone looked healthy. Some of them didn't even look frazzled. I saw one of the strong runners who didn't look like she sweat  at all.   It was a huge wake-up call that I need to up my game – eat more healthily and train more. 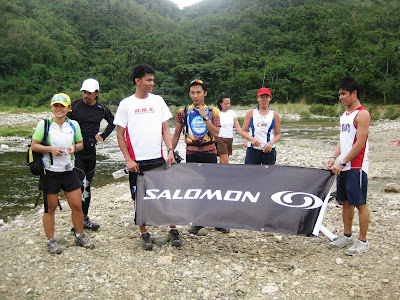 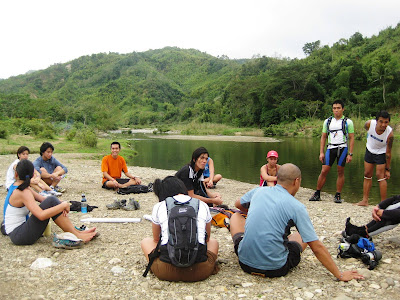 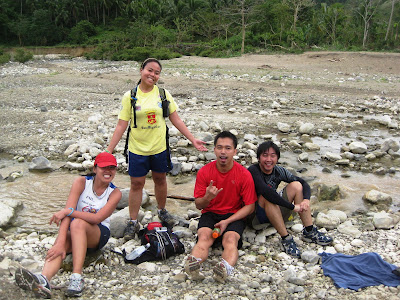 I’m hooking you up with several other links in case you want to know more about skyrunning.

Kinabalu Climbathon website  – the  climbathon is an annual tourism activity organized by the Sabah Tourism Board. It’s usually one of the stops of Skyrunner World Series.

International Skyrunning Federation Website - ISF is the sole authority on skyrunningg with several organizations under it. PSA is one of its members.

Definition of Skyrunning from the ISF Website : *(Skyrunning is defined as running in the mountains above 2,000 metres altitude where the climbing difficulty does not exceed II° grade and the incline does not exceed 40%).
Rizal Sky Running Trail Running