Posted by Jovial Wanderer on December 02, 2011
I just hit 30 and though I'm excited that I'm still here for another year, I'm feeling a little anxious about growing old so I cling to the cliche that life begins at 40 - which means that the party's just getting staaaarted!!! :P  With that comforting thought,  I swore to myself that it’s going to be a blast each day I got older.

And what’s a great  way to jump-start new beginnings? Travel to Mindanao with a travel expert and confidante!

My friend Jules of TrailRunningMistress works with an NGO and flies to Mindanao almost on a weekly basis, so when I told her I wanted to go to Basilan for my birthday, she agreed! :)

Here’s a  rundown of my happy, little adventures over the past weekend:

1. Got friendly with the cab driver  - and I don’t mean getting it on. :P  It’s just that drivers in general are great sources of information so I normally converse with them. When I boarded the cab, the driver took a quick glance at me and asked if I was a mountaineer. I guess it might have been the  Tribu slippers that gave it away. Or maybe the leg muscles. :P Haha!  He shared some information on mountains which I haven’t heard about – Mt. Malasimbo in Dinalupihan, Bataan and this other mountain with a lake at the summit in Leyte. I have new mountains to climb! Yay! I haven’t reached my next destination and I already have new ones on my list. :P

2. Chill time –   I rarely get to sit still to read through a magazine and enjoy a cup of coffee so this one's a  huge treat for me. Cebu Pacific's in-house magazine, Smile is one of my favorite travel magazines. It has inspiring photos and substantial  information to help you plan your next destination.Way to go Cebu Pac! 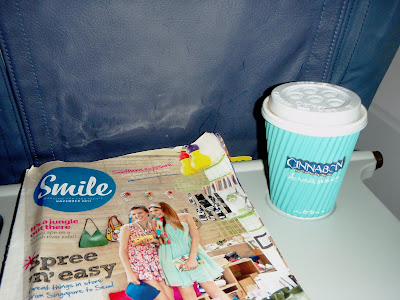 3. Touchdown  Zamboanga, Basilan Bound!!!  If you want to get to Basilan from Manila, Zamboanga is your main jump-off. From here, several ferry trips are available starting at 6:45 AM (More info. from Pinoy Adventurista's Blog).

As this was my first time in Zamboanga, I felt very eager to  wander around as we exited the airport.  The scene wasn't as quiet as I expected it to be as there seemed to be a lot more people waiting outside than the number of people who came. We approached one of the tricycles lined up at the parking area, a few blocks away.  The tricycle fare costs 100 Pesos (good for 2). Note to Travelers: Do not agree in paying 100 Pesos/head which was originally what was asked from us. Good thing my friend knows her way around. The ride's about 30 minutes to the pier. Along the way, I was able to take in a bit of Zamboanga. The roads are wide,  the clouds partially covered the sky (my kinda weather!) and as it was only past 8:00 AM, there were hardly any people on the streets. The city gave out a charming vibe and I smiled again as the tricycle whisked us away.

4.  Basilan Baby!  - my friend coordinated with the head of the rubber processing plant who warmly welcomed us. He toured us around the plant and shared with us how rubber is made. Of course I could not recall anything after that :P I was busy ogling at the heavy machinery around. Those things are so sexy! 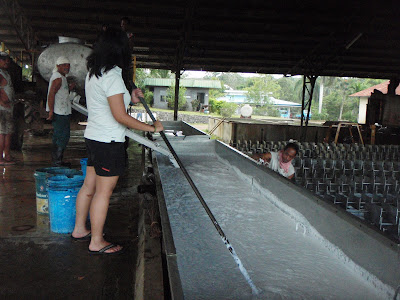 5.  4WD Ride Around Basilan - after the rubber processing 101, we rode a jeep, accompanied by a military escort to see mountains, listen to birds and visit several  plantations - black pepper, lanzones, rubber nursery and  coffeee! Yay, mountains! 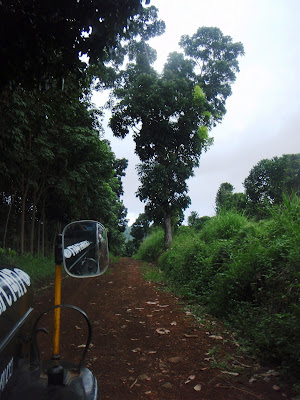 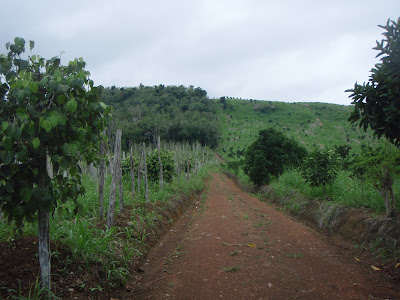 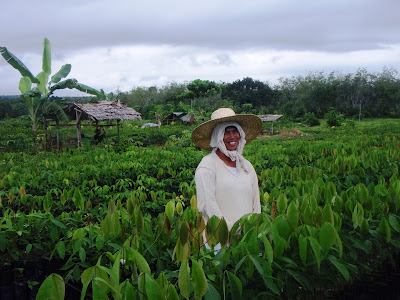 6.  Back in Zamboanga - Early dinner  at Lantaka Hotel by the Sea.We took the 3:30 PM regular ferry back to Zamboanga, which was cheaper than the fast crafts (100 Pesos, First Class). Before 5:00 PM, we've reached the port. As always, we were famished from hopping around Isabela City. My friend recommended Lantaka along Valderrosa Street because of the view.  This 50-year old hotel is famous for its romantic view of the ocean, ambiance and refillable coffe which is  best taken as it is - no sugar or cream. At 70 Pesos (refillable) a cup, this one's definitely caught my heart. Food's a bit more than what I'm willing to pay for though, since I'm such a cheapskate. :P It's around 200 Pesos above + SC, which is justifiable. The restaurants in Puerto Princessa are cheaper though and ambiance is just as nice. :) 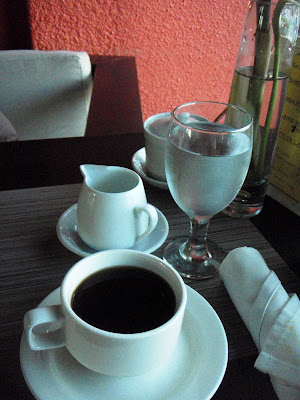 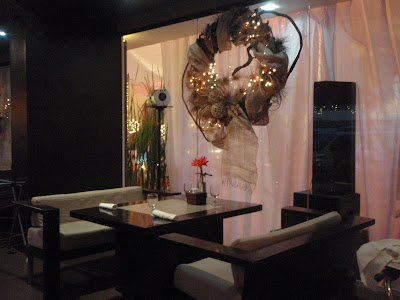 7.  Best Dessert in Town - Knicker Bocker  - Paseo Del Mar which is situated beside the Celebes Sea  is  perhaps the most popular place to hang-out, listen to music or party with the locals. It also has numerous  stalls around its vicinity. One of which sells the best halo-halo I've ever tasted called the Knicker Bocker. I've tried the epic ones such as Tiwi, Albay's DJC, Camiguin's Cafe 1914 and  Pampanga's Razon's but this one tops them all.  It's originally served at the Hacienda de Palmeras Restaurant located along Pasonanca Road in Brgy. Sta. Maria.  At 65 Pesos, you get a  heaping portion of fruits, topped with strawberry ice cream. Totally worth your money and must not be shared with anyone. :) 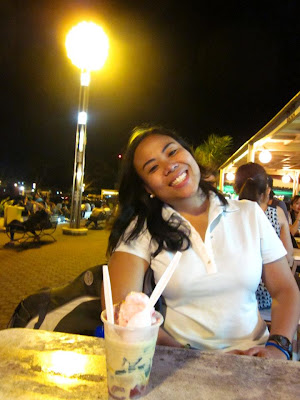 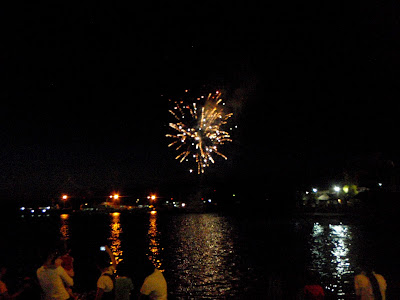 8.  Night Stroll -  to lessen the load in our tummies in preparation for breakfast the following morning (yeah, that's how we foodies roll!), we walked around the streets near Paseo Del Mar to our hotel - Casa Hermosa along Mayor Jaldon St. We passed by Fort Pilar which was which was the main settlement of the Spaniards when they ruled Zamboanga for almost three hundred years. Within its vicinity is the National Museum which was already closed when we got there.

9.  Morning walk   - we left the hotel around 7:00 AM and  walked  from our hotel to the town proper. This time, we get to see the decades old Acacia trees along Rizal Street. Each tree had a tag that contained information about its age and its specie. We also passed by Plaza Pershing and the City Hall which is an imposing structure along Valderossa Street. After two breakfasts, we set off for Barter in Barangay Canelar which is about a 30 minute walk from where we started. It is a popular souvenir center which has numerous stalls that sell goods from Malaysia, pearls, jewelry and native cloths. Malongs here  can be bought at 140 Pesos, depending on the material. 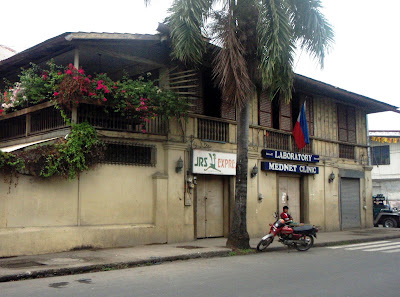 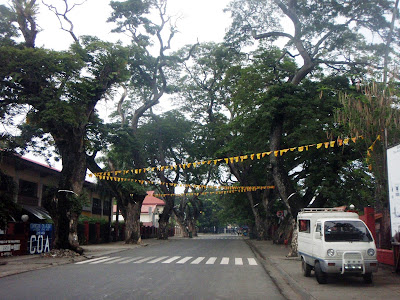 10. Pilgrimage hike up Pulong Bato. The jump-off is at Barangay Abong-Abong where you will pass by the  Cesar Climaco  Freedom Park. It spans  54 hectares  and was named after Zamboanga's hero.(There was an Eddie Garcia movie about him :P). This is also where he's buried. It's a short hike up and  takes 20 minutes to one hour starting from the base, depending on your photo stops. :P  The hike ends at a view deck marked with a cross coupled with a  view of the Basilan island to the north. 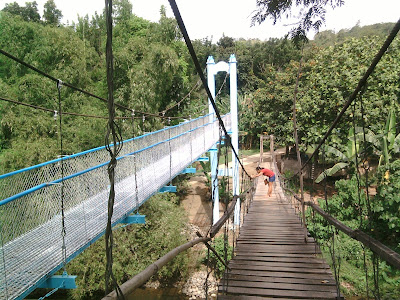 We capped off our relaxed backpacking weekend with coffee and light chat at Lantaka Hotel by the Sea (must try one last time before departure).


Flight was delayed which gave us time to get our massages at the airport (100 Pesos - 30 minutes!). As we boarded the plane back to Manila, I can't help but feel bad that vacay time was over. It was too short! Normally, I'd be homesick after being away from home for a day but there's just too much to see that I know I missed a lot. For now, I'd content myself with memories of this short but happy trip.