Posted by Jovial Wanderer on September 26, 2012
Two days ago, I was sent by Dispatch Media to attend a press conference for Mountain Hardware athlete, Mike Libecki. My mind went black and I was like, "Sino si Mike?" (Mike who?).

But I am familiar with Mountain Hardware (MH), I am a fan of the brand myself and can attest to the delight of using their apparel and equipment. It's light and trust-worthy. Back when almost every Filipino mountaineer got obsessed with The North Face, I was one of the few who found fascination in using Mountain Hardware and up until this day, I smile at the sight of their logo. When placed on prints, it looks very simple, almost unnoticeable. I wish I can afford to buy a few more apparel & equipment from them though, as MH is quite pricey. Oh well, someday. :) 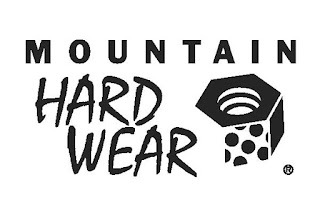 The conference was at Abe restaurant in Trinoma Mall which I haven't tried before so that made me excited. Haha!
Mike Libecki came in with the gang from the Primer Group, the conglomerate that distributes Mountain Hardware in the Philippines. He is a multi-awarded climber and a recipient of several grants that is given to climbers in pursuit of remarkably challenging ascents with minimal impact to the environment and has appeared in films/interviews with National Geographic, Discovery, History Channel, Outside TV, etc.. Despite all these big accomplishments, he claims that his favorite award is winning father of the year - which he won on numerous occasions. Sweet! :) Below's the video that was shared to us by Mike. Woooow, he's really living it up!


Around The World With Mike Libecki from Red Frog Interactive on Vimeo.

As I write this, Mike and several local mountaineers is in a documented expedition to Mt. Amuyao, one of the most beautiful trails in the Philippines found in the Cordillera region. The long, challenging hike also comes with a noble purpose as their team will also be distributing portable solar lamps to the community in Pat-yay, Ifugao.

Though I am way past my teen years, I couldn't help but tell myself, "When I grow up, I want to be like Mike." - to be able to hike, test my favorite brand/s, travel around the world, exploring dense trails (something less technical though, I don't enjoy using harnesses). :P

As the conference came to a close, he shared something that reminded me of why I love the mountains. Click on the video below. :)

Have an enjoyable life everyone! :)

Mountain Headwear made its way to the country through R.O.X, and opened its first store in Southeast Asia last July 30 at the second level of TriNoma Mall. Its second branch in the Philippines will open at SM Lanang on September 28, 2012.

Mountain Hardwear is exclusively distributed by The Primer Group of Companies, Asia’s next retail giant.