Posted by Jovial Wanderer on March 30, 2012
I am blaming the talented photographer/mountaineer Arnel for this post.

I was supposed to start packing for two trips this weekend but since packing is my least favorite thing about traveling, I decided to prolong the agony even more by logging on to Facebook to check out some updates.

Among the notifications I received was that Arnel placed a comment on another friend’s album of our 2009 climb at Mt. Guiting-Guiting (or G2 to local mountaineers). He will be climbing it next week, along with another common friend of ours, fellow blogger, The Quixotic World. G2 is one of the Philippines' toughest mountains with a difficulty rating of 9/9.

As of this moment, Arnel is energetically posting videos, browsing various photos and blogs. His enthusiasm somehow transcended cyberspace and I found myself happily immersed on the same album, browsing through our old photos and watching the videos which he had uploaded.

Indeed, Mt. Guiting-Guiting is one of my favorite mountains and our trip in 2009 was one of the most memorable hikes I have ever done (Read about it here). It is on this same mountain where I had battled my acrophobia (which still exists to this day :P), incurred the most number of bruises and lacerations in a span of 24 hours, had a monumental bonding experience  with hiker friends and saw remarkable views of water cascading down several peaks as clouds lazily float over it. 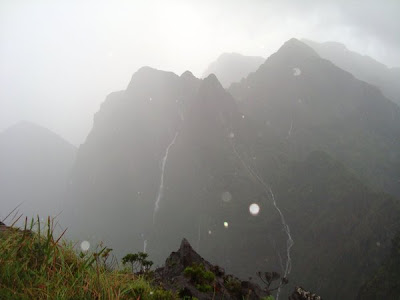 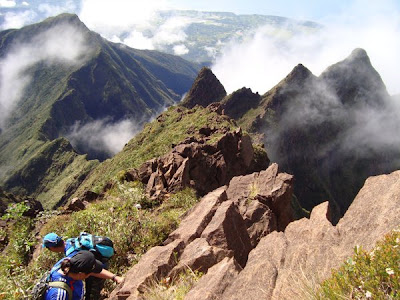 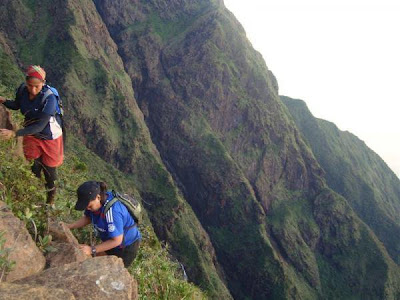 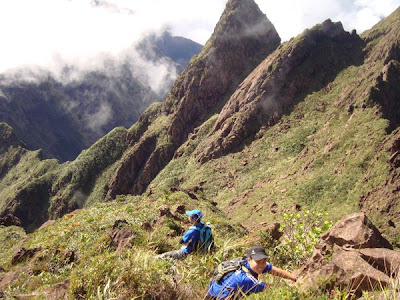 I miss you Mt. Guiting-Guiting! Rest of the photos from our trip are uploaded at JZ's site - Lagablab

Good luck Arnel, The Quixotic World and to the rest of your group on your G2 Expedition. :)

Itinerary can be found at Gideon Lasco's - Pinoy Mountaineer.  Do check the comments section for more travel tips from fellow hikers.